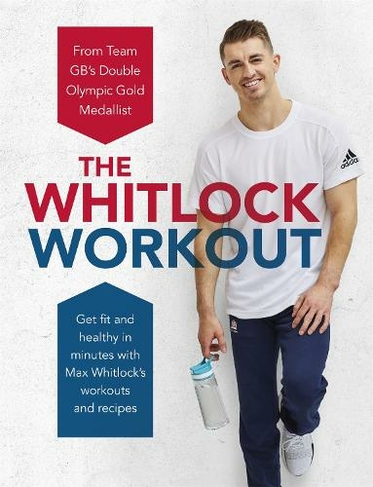 The Whitlock Workout: Get Fit and Healthy in Minutes

By Max Whitlock (Author)
Hardback
https://www.whsmith.co.uk/products/the-whitlock-workout-get-fit-and-healthy-in-minutes/max-whitlock/hardback/9781472268143-12-000.html £16.00 rrp £20.00 Save £4.00 (20%)
GBP
Availability
In Stock
With Free Standard Delivery To Your Home Or Store
Details
Spend £15 On Eligible Products To Receive Free Standard Delivery To You Home Or Free Next Working Day Click And Collect To Store
Share

Max Whitlock, Team GB's double Olympic gold-medallist, has spent years developing his own fitness regime and now he wants to share his workout secrets with you. The Whitlock Workout gathers together all of Max's user-friendly core strength exercises and quick workout routines that anybody can try, from simple stretches on your sofa, to those using just a cushion or a pillow, through to more advanced total body exercises which can be taken outside to your local park. Along with nutritional tips and his favourite quick and healthy recipes to help fuel your body, Max shares the secrets of his success and teaches us how to be fit for life. QUICK WORKOUTS. HEALTHY RECIPES. TOTAL FITNESS. Max is proof that if you train hard and eat well, you really can achieve amazing results from home. Whether it's a spare 15 minutes in the morning before work, or half an hour at the weekend, The Whitlock Workout is perfect if you are looking to get fit, or want to build your core strength, but don't have the time or money to go to the gym every day. Full colour

Max Whitlock is Britain's greatest ever gymnast. He is ranked number one in the world and became a double Olympic champion, earning gold on the men's floor and the pommel horse events within hours of each other, at the 2016 Olympics. From his first major competition, where he picked up three medals at the Commonwealth Games in Delhi to becoming the first British gymnast to defend a world title in the 2017 World Gymnastics Championships, Max has always sought to find a balance between his workouts and his lifestyle, with his unique style focusing on core strength, endurance and fitness rather than gym-heavy regimes.Follow Max on Instagram: @maxwhitlock