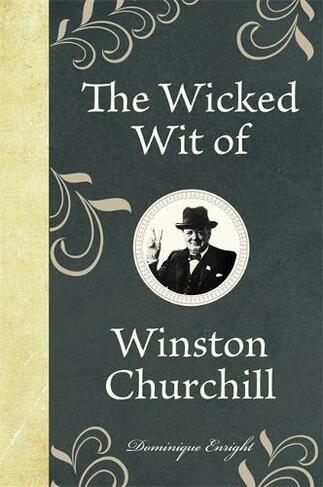 The Wicked Wit of Winston Churchill

By Dominique Enright (Author)
Hardback
https://www.whsmith.co.uk/products/the-wicked-wit-of-winston-churchill/dominique-enright/hardback/9781843175650-12-000.html £8.19 rrp £9.99 Save £1.80 (18%)
GBP
Availability
In Stock
Free Delivery Available When You Spend £25 Or More
Details
Spend £25 On Products To Receive Free Standard Delivery To Your Home Or Free Next Working Day Click And Collect To Store
Share

Sir Winston Churchill remains a British hero, lauded for his oratorical skill. He wrote histories, biographies, memoirs, and even a novel, while his journalism, speeches and broadcasts run to millions of words. From 1940 he inspired and united the British people and guided their war effort. Behind the public figure, however, was a man of vast humanity and enormous wit. His most famous speeches and sayings have passed into history but many of his aphorisms, puns and jokes are less well known. This enchanting collection brings together hundreds of his wittiest remarks as a record of all that was best about this endearing, conceited, talented and wildly funny Englishman. Also available in the series: (9781782433651) The Wicked Wit of Queen Elizabeth II (9781782435426) The Wicked Wit of Oscar Wilde (9781782435662) The Wicked Wit of Jane Austen

Dominique Enright is a freelance writer and editor. Her previous works for Michael O'Mara Books include The Wicked Wit of Winston Churchill and The Wicked Wit of Jane Austen, and she is also the compiler and editor of selections from the verse of Burns, Keats, Kipling and Wordsworth. She lives in London with her husband, son and two daughters.