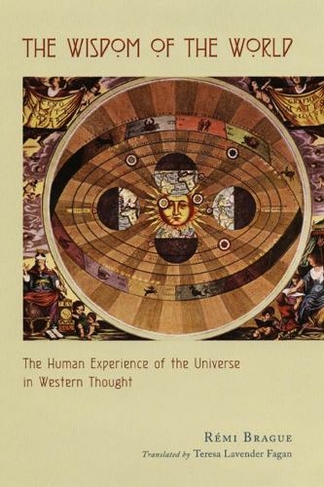 When the ancient Greeks looked up into the heavens, they saw not just sun and moon, stars and planets, but a complete, coherent universe, a model of the Good that could serve as a guide to a better life. How this view of the world came to be, and how we lost it (or turned away from it) on the way to becoming modern, make for a fascinating story, told in a highly accessible manner by R mi Brague in this wide-ranging cultural history. Before the Greeks, people thought human action was required to maintain the order of the universe and so conducted rituals and sacrifices to renew and restore it. But beginning with the Hellenic Age, the universe came to be seen as existing quite apart from human action and possessing, therefore, a kind of wisdom that humanity did not. Wearing his remarkable erudition lightly, Brague traces the many ways this universal wisdom has been interpreted over the centuries, from the time of ancient Egypt to the modern era. Socratic and Muslim philosophers, Christian theologians and Jewish Kabbalists all believed that questions about the workings of the world and the meaning of life were closely intertwined and that an understanding of cosmology was crucial to making sense of human ethics. Exploring the fate of this concept in the modern day, Brague shows how modernity stripped the universe of its sacred and philosophical wisdom, transforming it into an ethically indifferent entity that no longer serves as a model for human morality. Encyclopedic and yet intimate, The Wisdom of the World offers the best sort of history: broad, learned, and completely compelling. Brague opens a window onto systems of thought radically different from our own.