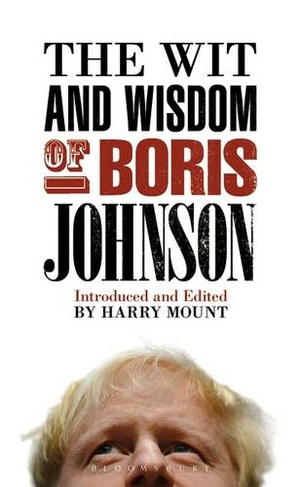 The Wit and Wisdom of Boris Johnson

Planet-brained, snortingly ambitious and given to comic one-liners that the public and press take equal delight in, Boris Johnson is the most talked-about politician in Britain. This collection of his wit and wisdom, edited and introduced by eminent journalist Harry Mount, covers his background, education, journalism, personal life and politics, as well as the Olympics and his time as Mayor of London and Foreign Secretary. It begins with an in-depth introduction, now updated by the author, exploring his character and career, not ignoring his racy peccadilloes.

Harry Mount is a journalist and author, whose books include How England Made the English, Amo, Amas, Amat and All That and Harry Mount's Odyssey. He was a New York correspondent and a leader-writer at the Daily Telegraph, where he worked with Boris Johnson for five years. He studied ancient and modern history and classics at Magdalen College, Oxford.