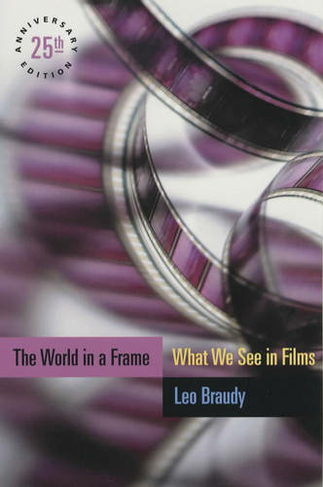 The World in a Frame What We See in Films 25th ed.

Now a classic, The World in a Frame covers the history of popular American films from the 1930s to the 1970s. Leo Braudy, one of America's leading film critics, gives an account of the histories of visual style and film genres, as well as techniques of characterization - all in an evolving cultural context. This twenty-fifth anniversary edition includes a new preface addressing developments in film since 1976.

Leo Braudy is Leo S. Bing Professor of English at the University of Southern California. He is the author, most recently, of The Frenzy of Renown. Fame and Its History, second edition and coeditor of Film Theory and Criticism: Introductory Readings, fifth edition.