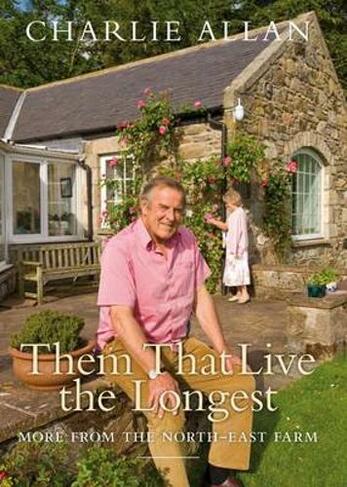 Them That Live the Longest

By Charlie Allan (Author)
Hardback
https://www.whsmith.co.uk/products/them-that-live-the-longest/charlie-allan/hardback/9781841588902-12-000.html N/A
GBP
Availability
Currently unavailable. We dont know when or if this item will be back in stock
Free Saver Delivery on orders over £25
Details
FREE SHIPPING over £25 for Saver Delivery
Share

In this, the sequel to the successful The Truth Tells Twice, Charlie Allan continues the wonderful story of his family farm and surrounding community in the North-east of Scotland, as the running of the farm comes under his guidance. Filled with the same warmth and humour as its prequel, Them that Live the Longest explores the changing face of farming in the latter half of the 20th century, as well as examining the varied life of Charlie Allan himself - from teaching economics in economics in Glasgow, Strathclyde and St Andrews Universities to competing around the world as a Highland Games athlete, song-writing, publishing several books, and a five year stint as a producer-presenter with the BBC, turning his hand to the running of the farm and his eventual hand-over to the next generation. It is a lively, fresh and vivid account, joyous and absorbing and is sure to become a household favourite. 16 Plates, black and white

Charlie Allan was born in Stirling and was brought up on the farms of Aberdeenshire before going to Aberdeen University, where he graduated with a first in economics. He taught economics in Glasgow, Strathclyde and St Andrews Universities until 1974 when he gave up academic life to return to his family to farm at Little Ardo, Methlick in Aberdeenshire. This return coincided with the beginnings of a broadcasting career which included five years as a producer for BBC radio's farming output in Scotland and stint for the BBC World Service. He went on to write a column for the Press and Journal every week for ten years and is now in the 19th year of his column Farmer's Diary.