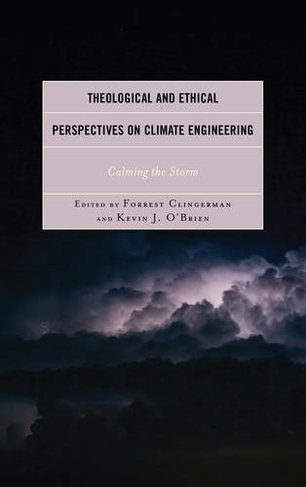 The climate is changing as an unintended consequence of human industrialization and consumerism. Recently some scientists and engineers have suggested climate engineering-technological solutions that would intentionally change the climate to make it more hospitable. This approach focuses on large-scale technologies to alleviate the worst effects of anthropogenic climate change. This book considers the moral, philosophical, and religious questions raised by such proposals, bringing Christian theology and ethics into the conversation about climate engineering for the first time. The contributors have different views on whether climate engineering is morally acceptable and on what kinds of climate engineering are most promising and most dangerous, but all agree that religion has a vital role to play in the analysis and decisions called for on this vital issue. Calming the Storm presents diverse perspectives on some of the most vital questions raised by climate engineering: Who has the right to make decisions about such global technological efforts? What have we learned from the decisions that caused the climate to change that might shed light on efforts to reverse that change? What frameworks and metaphors are helpful in thinking about climate engineering, and which are counterproductive? What religious beliefs, practices, and rituals can help people to imagine and evaluate the prospect of engineering the climate? 1 Tables, unspecified; 2 Halftones, black and white; 2 Illustrations, black and white