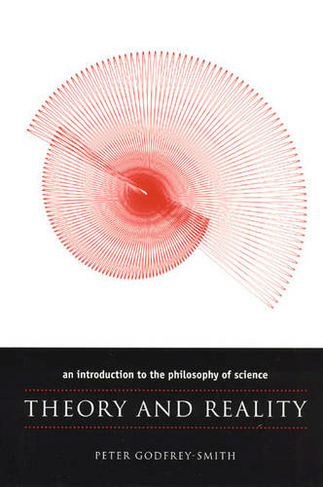 What makes science different from other ways of investigating the world? In "Theory and Reality" Peter Godfrey-Smith uses debates - such as the problem of confirmation, the new riddle of induction, and the problem of scientific realism - as a way to introduce, in a completely accessible way, the main themes in the philosophy of science. Intended for undergraduates and general readers with no prior background in philosophy, "Theory and Reality" starts by surveying the last hundred years of work in the field. It covers logical positivism; induction and confirmation; Karl Popper's theory of science; Thomas Kuhn and "scientific revolutions"; the radical views of Imre Lakatos, Larry Laudan and Paul Feyerabend; and challenges to the field from sociology of science, feminism and science studies. The book then looks in detail at some of the broader philosophical issues at stake, such as philosophical naturalism, scientific realism, theories of explanation in science, Bayesianism, and other modern theories of explanation in science. Throughout the text he points out connections between philosophical debates and wider discussions about science in recent decades, such as the infamous "science wars". Examples and asides engage the beginning student, a glossary of terms explains key concepts, and suggestions for further reading are included at the end of each chapter. Like no other text in this field, "Theory and Reality" combines a survey of recent history of the philosophy of science with current key debates in language that any beginning scholar or critical reader can follow. 6 line drawings

Peter Godfrey-Smith is an associate professor of philosophy and of history and philosophy of science at Stanford University. He is the author of Complexity and the Function of Mind in Nature.