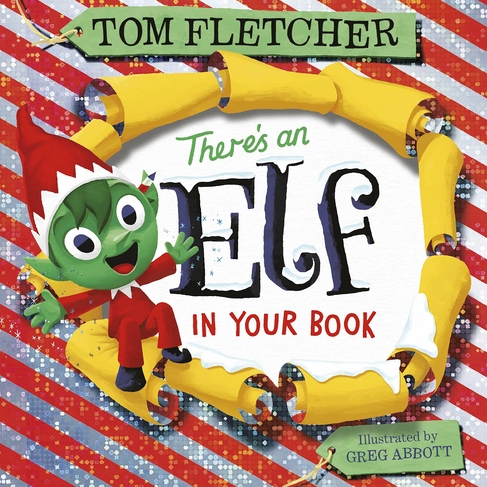 GOLLY GUMDROPS . . . A LITTLE ELF HAS FOUND THEIR WAY INTO YOUR BOOK! What does Elf want? Oh! Just to see if you've been naughty or nice this year! Elf will ask you a few simple questions to find out. And surely there won't be any tricks to try and get you to be naughty . . . will there? Hmmm, this could be quite a tricksy little elf. You'd better keep your wits about you if you want to make it on to Santa's Nice List! A fantastically fun and uniquely interactive treat from the creators of There's a Monster in Your Book. Discover a wonderful new Christmas tradition in a book to read again and again. Also available: There's a Monster in Your Book There's a Dragon in Your Book There's an Alien in Your Book

Tom Fletcher (Author) Tom Fletcher is one of the UK's bestselling authors for children. The Christmasaurus was the biggest debut middle-grade novel of 2016 and was shortlisted for a British Book Award, and The Creakers was a number one bestseller. Tom is also the bestselling author of the In Your Book picture book series, as well as one half of the author duo behind the Dinosaur that Pooped picture book series, which has sold over a million copies. Tom's books have been translated into thirty-three languages and counting. He is also a music-making, song-writing, guitar-playing, Guinness World Record-holding, nappy changing, galaxy-defending dad!Greg Abbott (Illustrator) Greg Abbott is an illustrator and designer who lives in West Sussex, England. In addition to children's books, he has created art prints, apparel, toys, greetings cards, and other merchandise. Visit him on Tumblr at gregabbott.tumblr.com.