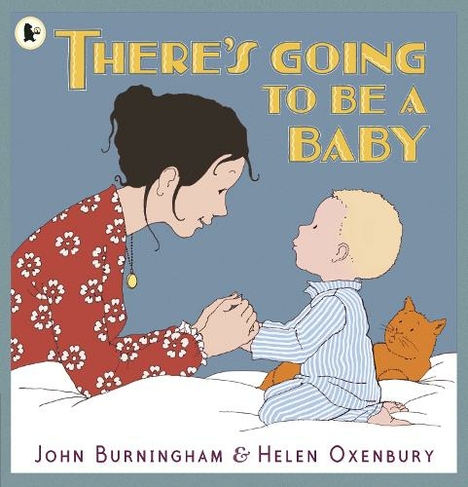 There's Going to Be a Baby

From two of the world's best-loved picture-book creators, an absolute gem for new-siblings-to-be. When is the baby coming? What will we call it? What will the baby do? We don't really need the baby, do we? As the arrival of a new sibling draws nearer, the questions that stream through a young child's mind are followed with sensitivity and humour in this enchanting book. Exquisitely illustrated by Helen Oxenbury, these pages brim with love, excitement and reassurance as the child in the story imagines all kinds of colourful futures for the brother or sister he is waiting to meet. Full of warmth and promise, this is an instant and timeless classic.

John Burningham is widely regarded as one of the world's finest picture book artists. With over 35 books to his name, he has twice been awarded the Kate Greenaway Medal, for Borka: The Adventures of a Goose with No Feathers and Mr Gumpy's Outing. Among his other celebrated books is Granpa, for which he was awarded the Kurt Maschler Award, and which was later made into a successful feature film. He lives in North West London. Find him online at www.johnburningham.com and on Twitter as @john_burningham.Helen Oxenbury is among the most popular and critically-acclaimed illustrators of all time. Her many award-winning books for children include We're Going On a Bear Hunt, written by Michael Rosen, and There's Going to Be a Baby, written by John Burningham; as well as her classic board books for babies. Helen won the 1999 Kate Greenaway Medal for Alice in Wonderland. She lives in London. Find her on Twitter as @HelenOxenbury.