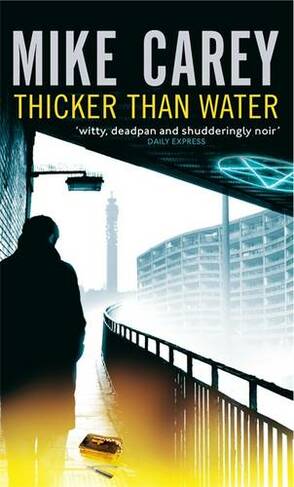 Old ghosts of different kinds come back to haunt Fix, in the fourth gripping Felix Castor novel. Names and faces he thought he'd left behind in Liverpool resurface in London, bringing Castor far more trouble than he'd anticipated. Childhood memories, family traumas, sins old and new, and a council estate that was meant to be a modern utopia until it turned into something like hell . . . these are just some of the sticks life uses to beat Felix Castor with as things go from bad to worse for London's favourite freelance exorcist. See, Castor's stepped over the line this time, and he knows he'll have to pay; the only question is: how much? Not the best of times, then, for an unwelcome confrontation with his holier-than-thou brother, Matthew. And just when he thinks things can't possibly get any worse, along comes Father Gwillam and the Anathemata. Oh joy . . .

Mike Carey is an established British writer of prose fiction and comic books. He has written for both DC and Marvel, including runs on X-Men and Fantastic Four, Marvel's flagship superhero titles. His creator-owned books regularly appear in the New York Times graphic fiction bestseller list. He also has one Hollywood movie screenplay to his credit. Under the pen name M. R. Carey he has recently released the THE GIRL WITH ALL THE GIFTS, a thriller which has received huge critical acclaim and has quickly become a word-of-mouth bestseller.