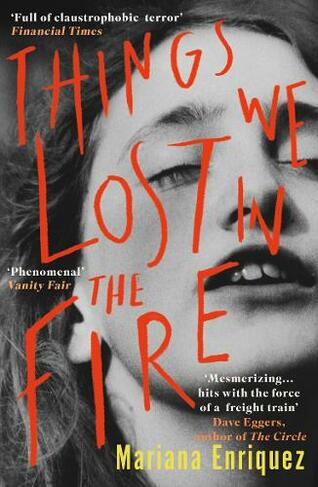 Things We Lost in the Fire

Thrilling and terrifying, Things We Lost in the Fire takes the reader into a world of Argentine Gothic. A world of sharp-toothed children and young girls racked by desire, where demons lurk beneath the river and stolen skulls litter the pavements. A world where the secrets half-buried under Argentina's terrible dictatorship rise up to haunt the present day, and where women, exhausted by a plague of violence, find that their only path out lies in the flames...

Mariana Enriquez is a novelist, journalist and short story writer from Argentina. She has published two novels, a collection of short stories as well as a collection of travel writings, Chicos que vuelven, and a novella. She is an editor at Pagina/12, a newspaper based in Buenos Aires.MEGAN MCDOWELL is a Spanish language translator whose work has been shortlisted for the Man Booker International Prize. She has translated books by Alejandro Zambra, Samanta Schweblin, Gonzalo Torne, Lina Meruane, Carlos Busqued, and Mariana Enriquez. Her work has appeared in the New Yorker, the ParisReview, Harper's, TinHouse, and McSweeney's. She lives in Chile.