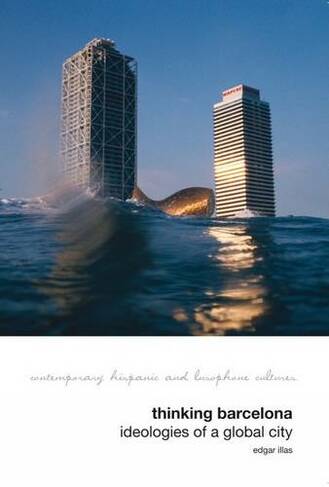 By Edgar Illas (Author)
Hardback
https://www.whsmith.co.uk/products/thinking-barcelona-ideologies-of-a-global-city-contemporary-hispanic-and-lusophone-cultures-7/edgar-illas/hardback/9781846318320-01-000.html £85.00
GBP
Availability
Currently unavailable. We don't know when or if this item will be back in stock
Share

Thinking Barcelona studies the ideological work that redefined Barcelona during the 1980s and adapted the city to a new economy of tourism, culture, and services. The 1992 Olympic Games offered to the municipal government a double opportunity to establish an internal consensus and launch Barcelona as a happy combination of European cosmopolitanism and Mediterranean rootedness. The staging of this municipal "euphoric postpolitics," which entailed an extensive process of urban renewal, connects with the similarly exultant contexts of a reviving Catalan nation, post-transitional Spain, and post-Cold War globalization. The transformation of Barcelona, in turn, contributed to define the ideologies of globalization, as the 1992 Games were among the first global mega-events that celebrated the neoliberal "end of history." Three types of materials are examined: political speeches and scripts of the Olympic ceremonies, with special focus on Xavier Rubert de Ventos's screenplay for the reception of the flame in Empuries; the urban renewal of Barcelona directed by architect Oriol Bohigas; and fictional narratives by Quim Monzo, Francisco Casavella, Eduardo Mendoza, and Sergi Pamies. This juxtaposition of heterogeneous materials pursues some type of postdisciplinary decoding linked to a strictly Marxist premise: the premise that correlations between different superstructural elements shed light on the economic instance. In this study, Barcelona emerges as a singular conjuncture overdetermined by global capitalism, but is also a space to reflect on three main problematics of postmodern globalization: the spectralization of the social in a fully commodified world; the contradiction between cosmopolitanism and the state; and the vanishing essence of the city.