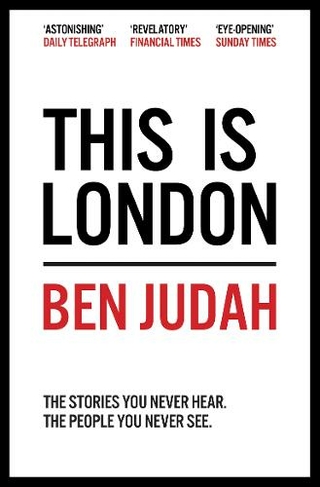 This is London Life and Death in the World City

This is London in the eyes of its beggars, bankers, coppers, gangsters, carers, witch-doctors and sex workers. This is London in the voices of Arabs, Afghans, Nigerians, Poles, Romanians and Russians. This is London as you've never seen it before. Longlisted for the Baillie Gifford Prize for Non-fiction 2016 Shortlisted for the Ryszard Kapuscinski Award for Literary Reportage 2019 'An eye-opening investigation into the hidden immigrant life of the city' Sunday Times 'Full of nuggets of unexpected information about the lives of others . . . It recalls the journalism of Orwell' Financial Times 'Judah grabs hold of London and shakes out its secrets' The Economist

Ben Judah was born in London. He has travelled widely in Russia, Central Asia and the Levant. His writing has featured widely, including the New York Times, the Evening Standard, the Financial Times and Standpoint. In 2016, Ben was chosen as one of Forbes magazine's 30 under 30 in European media. His first book, Fragile Empire, was published by Yale University Press in 2013.