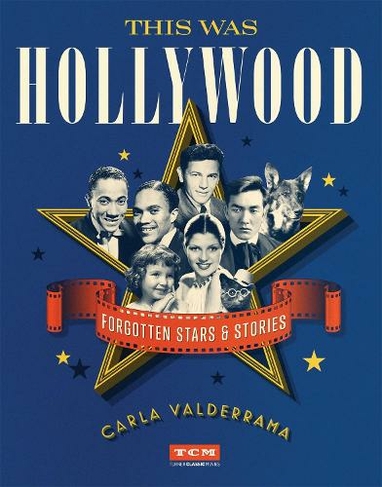 This Was Hollywood: Forgotten Stars and Stories

In this one-of-a-kind Hollywood history, Carla Valderrama -- creator of Instagram's celebrated @ThisWasHollywood -- reveals the forgotten past of the film world in a dazzling visual package modeled on the classic fan magazines of yesteryear. From former screen legends who have faded into obscurity to new revelations about the movies' biggest stars, Valderrama unearths the most fascinating little-known tales from the birth of Hollywood through its Golden Age. The shocking fate of the world's first movie star. Clark Gable's secret love child. The film that nearly ended Paul Newman's career. A former child star who, at 93, reveals her #metoo story for the first time. Valderrama unfolds these stories, and many more, in a volume that is by turns riveting, maddening, hilarious, and shocking. Drawing on new interviews, archival research, and an exhaustive library of photographs, This Was Hollywood is a compelling and visually stunning catalogue of the lost history of the movies. 150 color and black-and-white photos

Carla Valderrama is a social media influencer, the creator of the Instagram accounts @thiswashollywood and @thiswasfashion, a comedian and actress, and a lifelong student of Hollywood history. In the past year, Carla has built a rapidly growing and highly engaged Instagram following, including many celebrities. She lives in Los Angeles, CA.