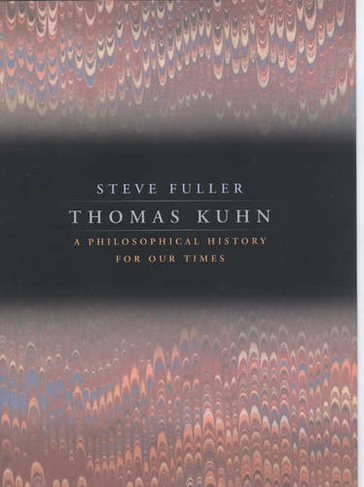 Thomas Kuhn A Philosophical History for Our Times 2nd ed.

Thomas Kuhn's "The Structure of Scientific Revolutions" is one of the best known and most influential books of the 20th century. Whether they adore or revile him, critics and fans alike have tended to agree on one thing: Kuhn's ideas were revolutionary. But were they? Steve Fuller argues that Kuhn actually held a profoundly conservative view of science and how one ought to study its history. Early on, Kuhn came under the influence of Harvard President James Bryant Conant (to whom "Structure" is dedicated), who had developed an educational programme intended to help deflect Cold War unease over science's uncertain future by focusing on its illustrious past. Fuller argues that this rhetoric made its way into "Structure", which Fuller sees as preserving and reinforcing the old view that science really is just a steady accumulation of truths about the world (once "paradigm shifts" are resolved). Fuller suggests that Kuhn, consciously or not, shared the tendency in Western culture to conceal possible negative effects of new knowledge from the general public. Because it insists on a difference between a history of science for scientists and one suited to historians, Fuller charges that "Structure" created the awkward divide that has led directly to the "Science Wars" and has stifled much innovative research. In conclusion, Fuller offers a way forward that rejects Kuhn's fixation on paradigms in favour of a conception of science as a social movement designed to empower society's traditionally disenfranchised elements. Certain to be controversial, "Thomas Kuhn" should be read by anyone who has adopted, challenged or otherwise engaged with "The Structure of Scientific Revolutions". 12 tables

Steve Fuller, trained in the history and philosophy of science, is now professor of sociology at the University of Warwick.