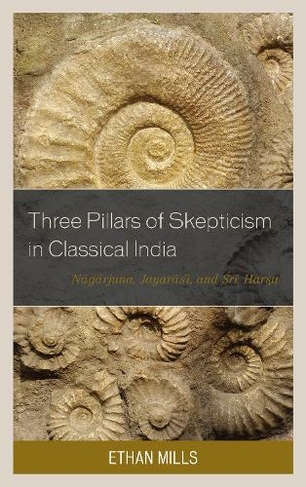 Beginning with the earliest strata of Indian philosophy, this book uncovers a distinct tradition of skepticism in Indian philosophy through a study of the "three pillars" of Indian skepticism near the beginning, middle, and end of the classical era: Nagarjuna (c. 150-200 CE), Jayarasi (c. 770-830 CE), and Sri Harsa (c. 1125-1180 CE). Moving beyond the traditional school model of understanding the history of Indian philosophy, this book argues that the philosophical history of India contains a tradition of skepticism about philosophy represented most clearly by three figures coming from different schools but utilizing similar methods: Nagarjuna, Jayarasi, and Sri Harsa. This book argues that there is a category of skepticism often overlooked by philosophers today: skepticism about philosophy, varieties of which are found not only in classical India but also in the Western tradition in Pyrrhonian skepticism. Skepticism about philosophy consists of intellectual therapies for those afflicted by the quest for dogmatic beliefs. The book begins with the roots of this type of skepticism in ancient India in the Rg Veda, Upanisads, and early Buddhist texts. Then there are two chapters on each of the three major figures: one chapter giving each philosopher's overall aims and methods and a second demonstrating how each philosopher applies these methods to specific philosophical issues. The conclusion shows how the history of Indian skepticism might help to answer philosophy's detractors today: while skeptics demonstrate that we should be modest about philosophy's ability to produce firm answers, philosophy nonetheless has other uses such as cultivating critical thinking skills and lessening dogmatism. This book is situated within a larger project of expanding the history of philosophy. Just as the history of Western philosophy ought to inform contemporary philosophy, so should expanding the history of philosophy to include classical India illuminate understandings of philosophy today: its value, limits, and what it can do for us in the 21st century.