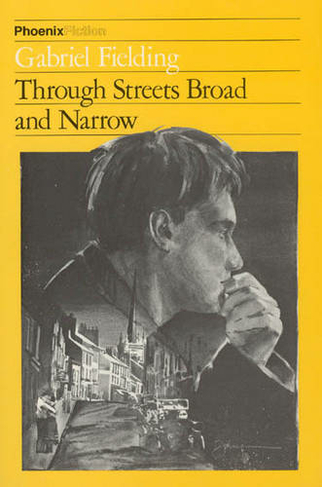 In this sequel to the acclaimed "In the Time of Greenbloom," John Blaydon "runs head on into the paradox of Ireland, attempts to solve it single-handed and gets his heart and most of his head broken in the process. The manner of his undoing is told in a series of brilliant pictures, evocative, authentic, macabre, or hilariously funny. . . . Mr. Fielding has written an original novel of vitality, wit, and compassionate insight." Isabelle Mallet, "New York Times Book Review " "A powerful and beautifully written novel, "Streets" can either stand by itself or solidly in company with "In the Time of Greenbloom." . . . [Fielding's] touch is as sure and controlled as his invention is unlimited, and the resultant work seems various and beautiful and new. The major objection to the book is not its ending, but that it ends. It is too good to give up, too vital and dynamic to leave." Margaret Marble, "Los Angeles Times" "A prismatic study of a finely gifted man in the elaborate tangles of his growth in a complex and wonderfully drawn environment." "Newsweek " "Fielding writes a torrential prose, and his imagist phrases, fabulous incidents, antic characters and peripheral violence whip the story forward." "Time" " viii, 340 p.

Gabriel Fielding is the pseudonym of Alan Gabriel Barnsley, a former British physician who is now professor emeritus of English at Washington State University. His novels "In the Time of Greenbloom" and "The Birthday King" are also published as Phoenix Fiction paperbacks by the University of Chicago Press.