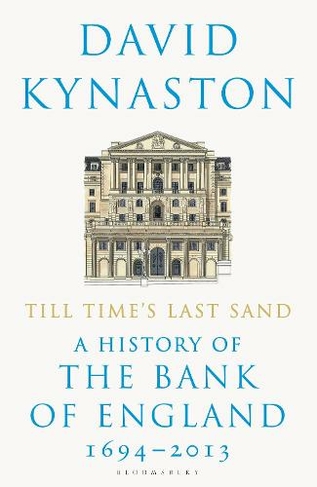 'An exemplary narrative history, with the archives plundered judiciously ... [Kynaston's] portrait of a globally influential institution is, in characteristic style, rendered on an entertainingly human scale' The Times 'Not an ordinary bank, but a great engine of state,' Adam Smith declared of the Bank of England in 1776, which for over 320 years has been central to British history. Yet to most people, despite its increasingly high profile, its history is largely unknown. Till Time's Last Sand is the first authoritative and accessible single-volume history of the Bank of England, from the Bank's founding in 1694 to Mark Carney's appointment as Governor in 2013. This history addresses the important debates about the Bank's purpose and modes of operation. Yet this is also a narrative that does full justice to the leading episodes and characters of the Bank, while taking care to evoke a real sense of the place itself, with its often distinctively domestic side. Deploying an array of piquant and revealing material from the Bank's rich archives, this is a multi-layered and insightful portrait of one of our most important national institutions, from one of our leading historians.

David Kynaston has been a professional historian since 1973 and has written nineteen books, including The City of London, a widely acclaimed four-volume history, and WG's Birthday Party, an account of the Gentleman v. Players match at Lord's in July 1898. He is the author of Austerity Britain, 1945-51, Family Britain, 1951-57 and Modernity Britain, 1957-1959, the first three titles in a series of books covering the history of post-war Britain (1945-79) under the collective title 'Tales of a New Jerusalem'.