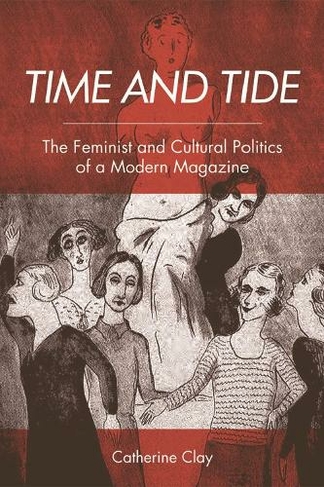 Time and Tide: The Feminist and Cultural Politics of a Modern Magazine

This book reconstructs the first two decades of Time and Tide (1920-1939) and explores the periodical's significance for an interwar generation of British women writers and readers. Unique in establishing itself as the only female-run intellectual weekly in the golden age of the weekly review, Time and Tide both challenged persistent prejudices against women's participation in public life and played an instrumental role in redefining women's gender roles and identities. Drawing on extensive new archival research Catherine Clay recovers the contributions to this magazine of both well-and lesser-known British women writers, editors, critics, and journalists and explores a cultural dialogue about literature, politics and the arts that took place beyond the parameters of modernist 'little magazines'. The book makes a major contribution to the history of women's writing and feminism in Britain between the wars. 20 B/W illustrations 5 colour illustrations