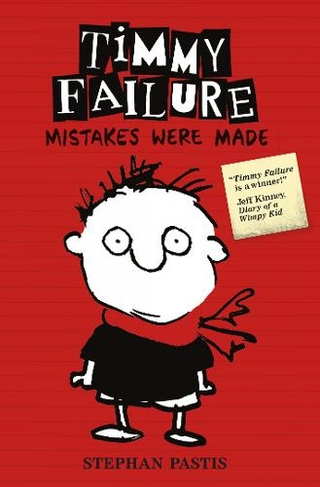 The hilarious and ever-optimistic Timmy Failure, and his sidekick polar bear, Total, create chaos as they attempt to make sense of the world in the first book in the New York Times bestselling series. Perfect for fans of Wimpy Kid and Big Nate, Timmy Failure: Mistakes Were Made is the first book in the New York Times bestselling series. Listed as one of 100 Children's Modern Classics by The Sunday Times, it was also a Book Trust Best Book Awards winner. Meet Timmy Failure, founder of the "best" detective agency in town - Total Failure, Inc. With the help of his polar bear, Total, the clueless, comically self-confident Timmy already has plans for world domination. Plans that will make his mother rich and unpaid bills a thing of the past. And plans that will defeat Corrina Corrina, "The One Whose Name Shall Not Be Uttered". But she's not going away. Riotously funny, Timmy Failure is sure to have readers in stitches.