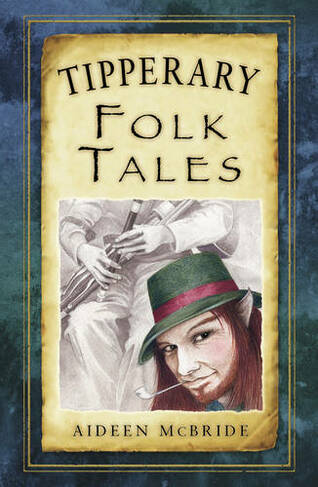 County Tipperary, the second largest county in Ireland, has a rich and colourful history that has inspired many myths and legends. A selection of the best are retold here, collected and reworked by professional storyteller Aideen McBride. Within these pages you will discover how the first settlers came to Ireland, what might happen if you join in the singing of the fairies of Knockgrafton and where treasure is said to be buried; you will learn how Lough Derg, the `lake of the bloody eye', and Slievenamon Mountain, `the mountain of the women', got their names; you will meet legendary Irish poets, pipers and shoemakers and the first King of Cashel, Conall Corc; and be told the stories of the legendary Battle of Widow McCormack's Cabbage Patch. From age-old legends and fantastical myths to amusing anecdotes and cautionary tales, this collection is a heady mix of bloodthirsty, funny, passionate and moving stories. It will take you into a remarkable world where you can let your imagination run wild. 30 Illustrations, black and white

Aideen McBride is a professional storyteller and member of the Storytellers of Ireland who has appeared in festivals such as Cape Clear International Storytelling Festival and Spirit of Folk. She is also an oral historian and has been involved in several projects to collect traditional tales. Her previously published works include Carlow Folk Tales and Our Tales.