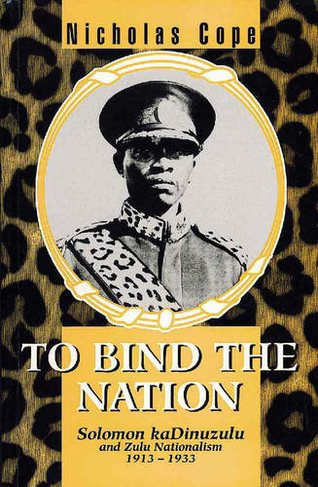 To Bind the Nation: Solomon KaDinuzulu and Zulu Nationalism 1913-1933

Solomon, Zulu king from 1913 to 1933, devoted himself to fostering Zulu unity and instilling an enduring sense of nationhood. Particularly important was his central position in the first Inkatha organization which was founded in 1924 and did not outlive him. Solomon was also a focal point for the trade union and other political movements, his influence spanning the increasing disparity between rural and urban Zulu. In this book, Cope traces the career of Solomon from hopeful youth to frustration, disillusion and collapse. In focusing on Solomon as a cornerstone in the founding of 20th-century Zulu nationalism, this book offers insights into its present manifestations. illustrations, map