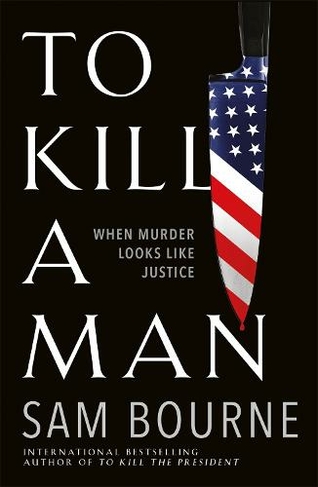 To Kill a Man

By Sam Bourne (Author)
Hardback
£11.99 rrp £14.99 Save £3.00 (20%)
GBP
Availability
In Stock
Free Delivery Available When You Spend £25 Or More
Details
Spend £25 On Products To Receive Free Standard Delivery To Your Home

A cat-and-mouse thriller of rare intelligence, To Kill a Man is the latest from number-one bestseller Sam Bourne -- a twisting, timely story of power, justice and revenge. A woman is brutally assaulted in her own home by an intruder. She defends herself -- leaving her attacker dead. But this is no ordinary woman. She's Natasha Winthrop, tipped as a future president of the United States. When inconsistencies emerge in Winthrop's story, political troubleshooter Maggie Costello is drafted in to save Natasha's career. At first, Winthrop is hailed as a #MeToo heroine: the woman who fought back. But Maggie is soon forced to confront more troubling questions about what really happened that night. Did Natasha secretly know her attacker? Is there a link to similar attacks, in America and around the world? Who is Natasha Winthrop -- and what is she capable of? Praise for To Kill a Man: 'Ingenious plot twists and insights into political campaigning, the Me Too movement and the darker side of the internet...this [is a] topical and thought-provoking thriller' The Times 'Completely gripping and original. Sam Bourne puts female anger, vengeance and power at the centre of this, his latest and to my mind most exciting novel, to thrillingly cathartic effect' Hadley Freeman 'A compulsive, zeitgeisty tale of gender politics and social-media manipulation. The perfect post-#MeToo thriller -- I gobbled it up' Louise Candlish 'A strikingly good thriller with a contemporary feel' Daily Mail 'A thrilling and involving mystery that provides a masterclass on American politics, but also has a real human story at its heart' Sunday Express 'An absorbing and timely thriller' Irish Independent

Sam Bourne is the pseudonym of award-winning journalist and broadcaster Jonathan Freedland, who writes a weekly column for the Guardian and is the presenter of BBC Radio 4's contemporary history series, The Long View. He served for four years as the Guardian's Washington correspondent, covered the 2016 US election campaign, and is covering the 2020 campaign. He is a widely respected commentator on American affairs. His previous seven internationally bestselling novels have sold over two million copies and been published in over thirty languages.