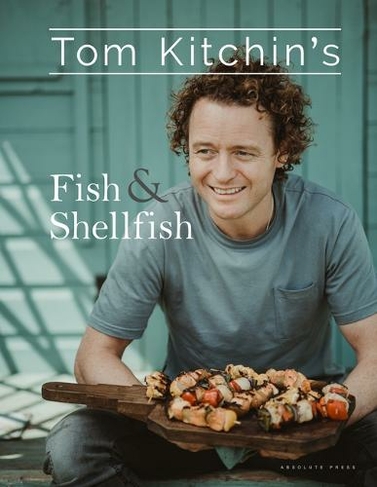 By Tom Kitchin (Author)
Hardback
https://www.whsmith.co.uk/products/tom-kitchins-fish-and-shellfish/tom-kitchin/hardback/9781472937834-12-000.html £20.80 rrp £26.00 Save £5.20 (20%)
GBP
Availability
In Stock
Free Delivery Available When You Spend £25 Or More
Details
Spend £25 on eligible products to receive free standard delivery to home or free next working day click and collect to store
Share

A true celebration of the sea, Tom Kitchin's Fish & Shellfish showcases the brilliant talents of one of the UK and Scotland's favourite chefs. Tom's passion for the best and freshest produce comes to life in these pages, as he celebrates the best fruits of the sea. Recipes take in delights such as grilled lobster, poached langoustines with aioli, crab and pea soup, braised squid risotto and Thai-style oysters, alongside roast turbot with seaweed hollandaise, whole lemon sole with a citrus and basil dressing, Cullen skink and salt cod fritters. There are also some recipes straight from Tom's Edinburgh gastropub, The Scran and Scallie, including their delectable fish pie and special battered fish. These are recipes that take you right to the shore-side and the spirit of fish cookery. Beyond the recipes, there are top tips for how best to prepare this beautiful ingredient, and Tom also provides a quick and easy guide to grilling, poaching, frying, curing and roasting fish. With beautiful photography to accompany each recipe, this is guaranteed to become the go-to book for lovers of fish and shellfish. Specially commissioned photography of each dish, and beautiful bespoke fish illustrations throughout

Tom Kitchin is Scotland's youngest Michelin starred chef proprietor, having achieved a star at only 29 years old. Before opening his own restaurant, The Kitchin, his culinary CV extends from early training at the Gleneagles Hotel to experience at some of the world's best restaurants such as La Tante Claire, Guy Savoy and Michelin Le Louis XI. He is a previously published author, with three books to his name.He has become a well-known face on British television, having regularly appeared on BBC's Saturday Kitchen and The One Show, BBC2's The Great British Menu and appeared as mentor on The Chef's Protege. He has also appeared alongside some of the UK's most renowned chefs as a judge on Masterchef Final Chef's Table panel as a judge.He writes a weekly column in the Spectrum supplement of The Scotsman.