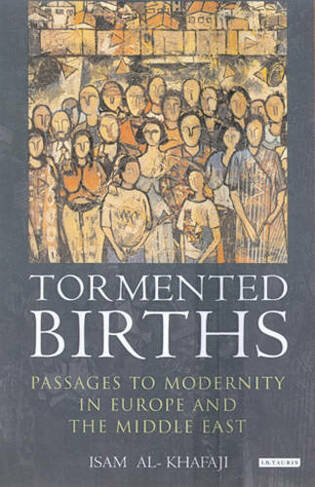 Tormented Births Passages to Moderity in Europe and the Middle East v. 39

To many, the values, culture and politics of the Middle East stand in direct opposition to those of the West. There is talk of a clash between Islam and modernity. But what is the Middle East today? What defines it? Where is it going? 'Tormented Births' seeks to provide an answer. Based on a wealth of empirical data, Isam Al-Khafaji presents a radically new explanation of the processes of social, political and economic development in the Middle East over the past two centuries. He proposes that the Middle East's path to modernity must be understood in comparison with the European experience. In a sweeping attack on the existing literature, Al-Khafaji shows that the stress on the cultural distinctiveness of the Middle East vis-a-vis Europe is misguided, and that the experience of colonialism and imperialism has not irrevocably distorted the region's natural development. On the contrary, Al-Khafaji shows the striking similarities in the formation and evolution of power structures, social groups and rural-urban spaces in the Middle East and Europe. 'Tormented Births' offers a completely new evaluation of the state of the Middle East today, based on the most interdisciplinary of approaches which combine political science, development economics, history, sociology and cultural studies. Of great political importance, al-Khafaji concludes by presenting a novel explanation of the persistence of authoritarian regimes in the region. 'Tormented Births' is a trail-blazing work of vital importance for any scholar interested in the state of the Middle East and the world today.

Isam al Khafaji currently teaches at the University of Amsterdam. After twenty five years in exile, he has just returned to his country Iraq. He has taught around the world, including at New York University, and worked for the United Nations Development Program and the World Bank.