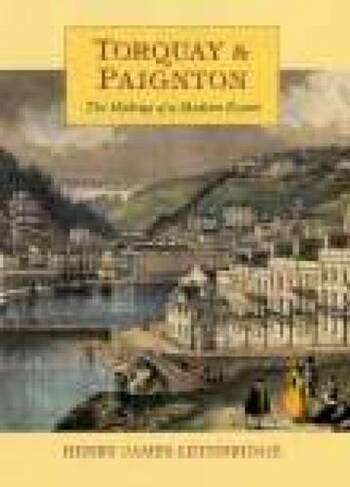 Torquay & Paignton The Making of a Modern Resort

Torbay in Devon has known human habitation from prehistoric times, when men lived in the limestone caves at Torquay and Brixham. Kent's Cavern has revealed extensive deposits of human and animal remains. Brixham and Paignton became villages at an early date, though there was little at Torquay before Torre Abbey was founded in 1196 and the monks built a small quay there. Brixham and Paignton, with St Marychurch, soon developed into fishing centres, the former growing to become the leading fishing port in the country, a position it held until the late 19th century with a great fleet of the famous Brixham trawlers that sailed to Newfoundland as well as around Britain. Torquay, with its beautiful wooded hillsides, harbour and secluded bays, grew throughout the 19th century into one of Britain's finest resorts, joining up with Paignton in the 20th century. The complex rocks of Torbay's geology provided material for buildings and for marble and terracotta products; Torquay potteries produced outstanding wares.