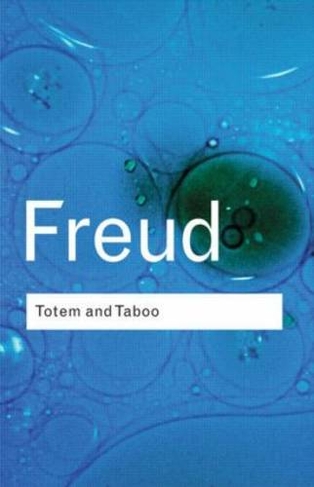 Widely acknowledged to be one of Freud's greatest cultural works, when Totem and Taboo was first published in 1913, it caused outrage. Thorough and thought-provoking, Totem and Taboo remains the fullest exploration of Freud's most famous themes. Family, society, religion - they're all put on the couch here. Whatever your feelings about psychoanalysis, Freud's theories have influenced every facet of modern life, from film and literature to medicine and art. If you don't know your incest taboo from your Oedipal complex, and you want to understand more about the culture we're living in, then Totem and Taboo is the book to read.

Sigmund Freud (1856-1939). The founding father of psychoanalysis, Freud is one of the most influential thinkers of the modern era.