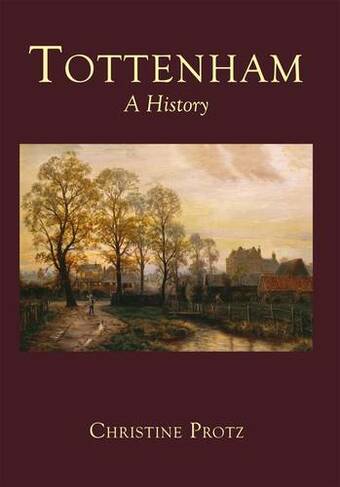 Tottenham has a documented history stretching back to the Conquest, when it was one of the manors of the Danish Earl, Waltheof, of Northumberland and Huntingdon. For 200 years, until Robert Bruce lost his English lands in his fight for independence, it was in the possession of the Scottish royal family. It then maintained a precarious position as a manor of aristocratic or rich merchant families surrounded by the more mighty church and crown possessions of the neighboring parishes. The history of the manor has been dominated by its position along Ermine Street, the Roman road running from London to Lincoln. Though not always well maintained, the road facilitated trade to and from the capital, and inns, taverns and early shops were established along the High Street from the later Middle Ages. By the 15th century London was beginning to export its people to Tottenham, whose population of long-established peasant families was gradually replaced by successful merchants and tradesmen. They built fine houses with gardens (and occasional moats) and so precipitated a rapid period of enclosure long before most other parts of the country, as well as many points of conflict with the increasingly dispossessed peasantry. Eventually, in the 19th century, with improved road and then rail transport and the continual growth of London, the local economy shifted from farming to commerce and industry. Tottenham's housing became more and more dense and the population profile changed again from a middle-class to predominantly working-class one. Illustrations