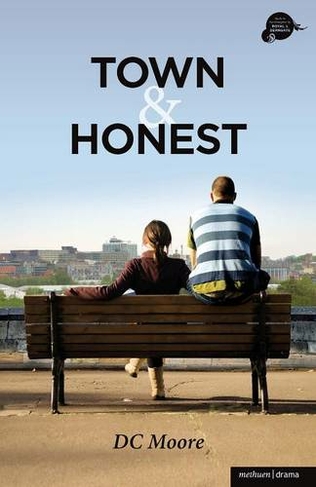 "So here I am, homeless at home and half-gratified to feel that I can be happy anywhere" John Clare Inspired by the four-day journey made on foot by the legendary mad poet, John Clare, Town creates a new story set in contemporary Northampton. On John's return to Northampton from the bright lights of London, he finds his hometown is exactly the same as when he left it - from the rooms at his parent's house, to the Saturday nights on Abington Street. In fact, the only thing that seems to have changed...is John. Slipping back into his old habits, old jobs and old relationships, an out of work and disillusioned John considers why he swapped the anonymity of corporate city life for the comforts of home and embarked upon a sixty mile walk North. Northampton writer DC Moore's Town poignantly explores enduring themes of identity, isolation and belonging, rooting them in modern life. With heartbreaking honesty and humour, the play probes the feelings that we all have about our hometown, and follows one man on his road to get back to where he started. This edition also includes the darkly comic monologue Honest, where one man's addiction for telling the truth leads to a night that spirals out of control. Taking you on a journey across London towards a late-night epiphany, the piece explores the lies we tell ourselves and each other, and the fall-out when the truth is revealed.

D.C Moore was part of the Royal Court's Young Writer's Programme in 2004-5 and his first full length play ALASKA was produced there in 2007 starring Rafe Spall in the Jerwood Theatre Upstairs. In 2008, for ALASKA, David was awarded the inaugural Tom Erhardt Bursary by the Peggy Ramsey Foundation which is given to support promising playwrights. His other plays include BRITNEY, LATER and JULIUS.