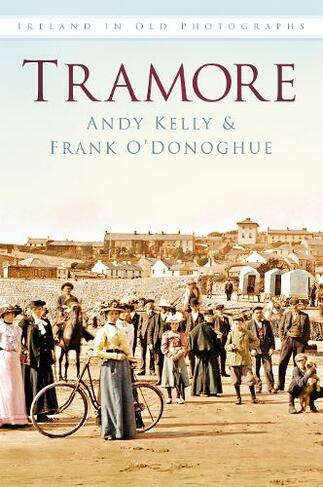 THE remarkable seaside town of Tramore has a rich and vibrant history which is uniquely captured in this collection of archive images. Andy Kelly and Frank O'Donoghue explore Tramore's development from a small fishing village of the early nineteenth century to the thriving town of today. Accompanied by detailed and informative captions, each page captures life in the area as it once was, recalling notable people and events as well as featuring some of the town's key buildings, its businesses and leisure pursuits, its renowned beach and famous Waterford and Tramore Railway. 200 Illustrations, black and white

ANDY KELLY has been collecting and restoring old photographs of County Waterford for nearly 50 years and has collaborated with local historians on many publications, including Shipbuilding in Waterford (2011), A Century of Trade and Enterprise in Waterford, Two Centuries of Tall Ships in Waterford and Royal Charters of Waterford. FRANK O'DONOGHUE is co-author (along with Andy Kelly) of The 5-Minute Bell, a history of the Waterford-Tramore railway, and Goin' to the Pictures. He was also editor of On This Day volumes 1 and 2, written by local historian Julian Walton.