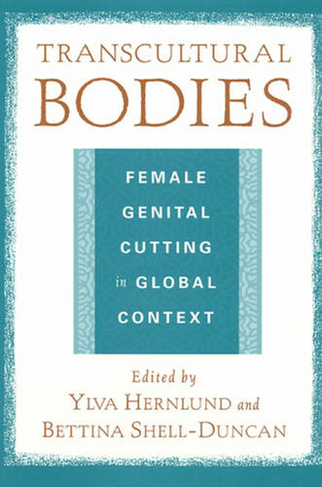 By Ylva Hernlund (Contributor), Bettina Shell-Duncan (Contributor)
Paperback
https://www.whsmith.co.uk/products/transcultural-bodies-female-genital-cutting-in-global-context/ylva-hernlund/bettina-shellduncan/paperback/9780813540269-01-000.html £32.77 rrp £34.50 Save £1.73 (5%)
GBP
Availability
Currently unavailable. We don't know when or if this item will be back in stock
Share

Female ""circumcision"" or, more precisely, female genital cutting (FGC), remains an important cultural practice in many African countries, often serving as a coming-of-age ritual. It is also a practice that has generated international dispute and continues to be at the center of debates over women's rights, the limits of cultural pluralism, the balance of power between local cultures, international human rights, and feminist activism. In our increasingly globalized world, these practices have also begun immigrating to other nations, where transnational complexities vex debates about how to resolve the issue. Bringing together thirteen essays, ""Transcultural Bodies"" provides an ethnographically rich exploration of FGC among African diasporas in the United Kingdom, Europe, and Australia. The contributors analyze changes in ideologies of gender and sexuality in immigrant communities, the frequent marginalization of African women's voices in debates over FGC, and controversies over legislation restricting the practice in immigrant populations.