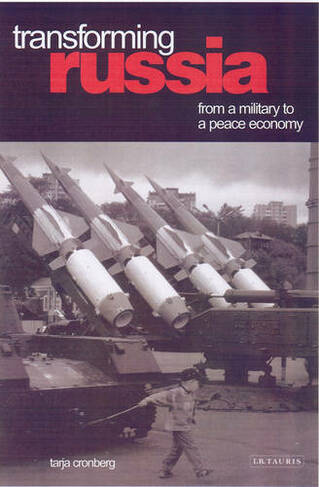 Transforming Russia: From a Military to a Peace Economy

By Tarja Cronberg (Author)
Hardback
https://www.whsmith.co.uk/products/transforming-russia-from-a-military-to-a-peace-economy/tarja-cronberg/hardback/9781860649035-01-000.html £90.00
GBP
Availability
Currently unavailable. We don't know when or if this item will be back in stock
With Free Saver Delivery
Details
FREE SHIPPING over £20 for Saver Delivery
Share

The de-tooling and conversion of the vast Soviet defence industry, following the end of the Cold War and collapse of the Soviet Union, is vital for Russian political, economic and social regeneration and stability, and has huge implications for international relations and the world economy. Tarja Cronberg's original study is based on an empirical examination of all aspects of the Soviet military-technical establishment and is firmly grounded in political and social theory.