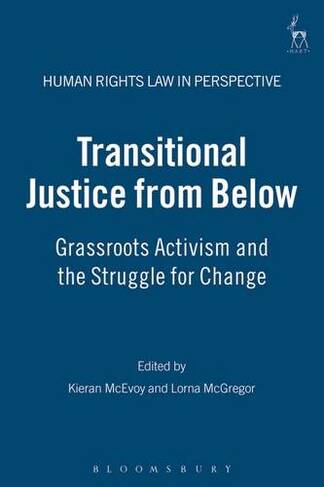 Transitional Justice from Below: Grassroots Activism and the Struggle for Change (Human Rights Law in Perspective 14)

Although relatively new as a distinct field of study, transitional justice has become rapidly established as a vital field of enquiry. From vaguely exotic origins on the outer edges of political science, the study of 'justice' in times of transition has emerged as a central concern of scholarship and practical policy-making. A process of institutionalisation has confirmed this importance. The ICTY, the ICTR, the ICC, hybrid tribunals in Sierra Leone and East Timor and 'local' processes such as the Iraqi Higher Tribunal (IHT) have energised international law and international criminal justice scholarship. The South African TRC was for a time lauded as the model for dealing with the past and remains one of the most researched institutions in the world. It is one of approximately two dozen such institutions established in different transitional contexts over the past twenty years to assist conflicted societies to come to terms with a violent past. At the national level, international donors contribute huge sums of money to 'Rule of Law' programmes designed to transform national justice systems. This collection seeks to offer something quite different to the mainstream of scholarship in this area, emphasising the need for bespoke solutions to different transitions rather than 'off the shelf' models. The collection is designed to offer a space for diversity, prompted by a series of perspectives "from below" of societies beset by past violent conflict which have sought to effect their transition to justice. In doing so the contributors have also sought to enrich discussion about the role of human rights in transition, the continuing usefulness of perspectives from above, and the still contested meanings of "transition". black & white illustrations

Kieran McEvoy (LLB, MSc, PhD) is a Professor of Law and Transitional Justice and Director of the Institute of Criminology and Criminal Justice, School of Law, Queens University Belfast. Lorna McGregor is an International Legal Adviser at REDRESS and previously worked as an ICC Programme Lawyer at the International Bar Association.