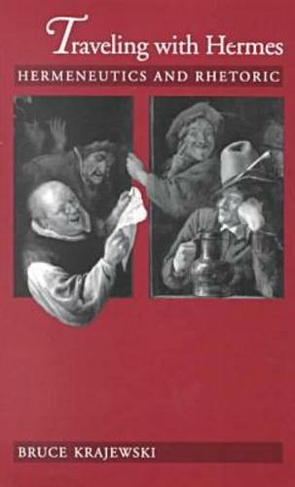 Traveling with Hermes: Hermeneutics and Rhetoric

A venture into the realm of contemporary literary theory, this book takes as its point of departure ""the nexus between philosophical hermeneutics and rhetoric"" that Hans-Georg Gadamer discusses in his writings. But rather that explicating Gadamer's theoretical insights, Bruce Krajewski applies them to a series of discrete texts, from Jan Steen;s ""Rhetoricians at a Window"" to Shakespeare's ""Coriolanus"", to the postmodernist film ""Brazil"". In the course of his readings, Krajewski explores the complex relationships between truth-telling and lying, being and non-being, clarity and obscurity, the fixed and the unstable, and the extraordinary and the commonplace. Underlying these dichotomies is an even more fundamental opposition between two approaches to language and discourse. One is the way of philosophy and linguistics, where the objective is to reduce language to its purest logical forms. The other is the way of hermeneutics and rhetoric, where the aim is to preserve the multifariousness of discourse as it occurs concretely in everyday life. Krajewski's goal throughout is to underscore the extent to which understanding is not a private but a social act. For meaning, he argues, can never be divorced from experience.