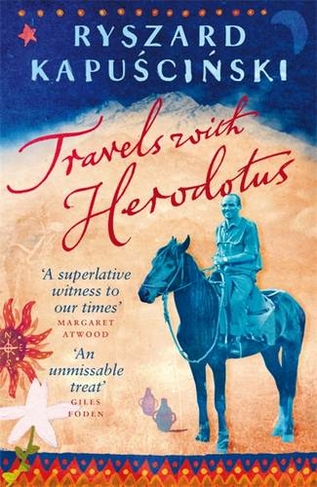 Travels with Herodotus records how Kapuscinski set out on his first forays - to India, China and Africa - with the great Greek historian constantly in his pocket. He sees Louis Armstrong in Khartoum, visits Dar-es-Salaam, arrives in Algiers in time for a coup when nothing seems to happen (but he sees the Mediterranean for the first time). At every encounter with a new culture, Kapuscinski plunges in, curious and observant, thirsting to understand its history, its thought, its people. And he reads Herodotus so much that he often feels he is embarking on two journeys - the first his assignment as a reporter, the second following Herodotus' expeditions.

Ryszard Kapuscinski was born in Poland in 1932. As a foreign correspondent for PAP, the Polish news agency, until 1981 he was an eyewitness to revolutions and civil wars in Africa, Asia and Latin America. His books include The Shadow of the Sun, The Emperor, Shah of Shahs, Another Day of Life and Travels with Herodotus. He won dozens of major literary prizes all over the world, and was made 'journalist of the century' in Poland. He died in January 2007.