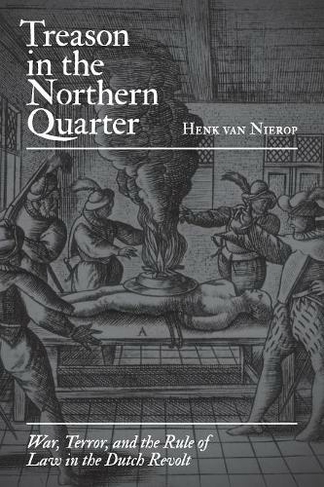 Treason in the Northern Quarter: War, Terror, and the Rule of Law in the Dutch Revolt

In the spring of 1575, Holland's Northern Quarter--the waterlogged peninsula stretching from Amsterdam to the North Sea--was threatened with imminent invasion by the Spanish army. Since the outbreak of the Dutch Revolt a few years earlier, the Spanish had repeatedly failed to expel the rebels under William of Orange from this remote region, and now there were rumors that the war-weary population harbored traitors conspiring to help the Spanish invade. In response, rebel leaders arrested a number of vagrants and peasants, put them on the rack, and brutally tortured them until they confessed and named their principals--a witch-hunt that eventually led to a young Catholic lawyer named Jan Jeroenszoon. Treason in the Northern Quarter tells how Jan Jeroenszoon, through great personal courage and faith in the rule of law, managed to survive gruesome torture and vindicate himself by successfully arguing at trial that the authorities remained subject to the law even in times of war. Henk van Nierop uses Jan Jeroenszoon's exceptional story to give the first account of the Dutch Revolt from the point of view of its ordinary victims--town burghers, fugitive Catholic clergy, peasants, and vagabonds. For them the Dutch Revolt was not a heroic struggle for national liberation but an ordinary dirty war, something to be survived, not won. An enthralling account of an unsuspected story with surprising modern resonance, Treason in the Northern Quarter presents a new image of the Dutch Revolt, one that will fascinate anyone interested in the nature of revolution and civil war or the fate of law during wartime. 2 Maps

Henk van Nierop is professor of early modern history at the University of Amsterdam. He has written widely about the Dutch Revolt and the Dutch Golden Age, and his books include The Nobility of Holland: From Knights to Regents, 1500-1650.