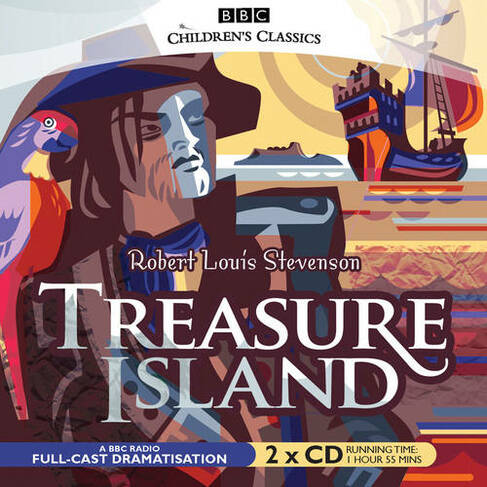 By Robert Louis Stevenson (Author), Buster Merryfield(Read by), Iain Cuthbertson(Read by), Jack Shepherd(Read by)
Audio Book
£10.54 rrp £13.18 Save £2.64 (20%)
GBP
Availability
In Stock
Free Delivery Available When You Spend £15 Or More
Details
Spend £15 On Products To Receive Free Standard Delivery To Your Home

Jack Shepherd and Iain Cuthbertson star in a BBC Radio 4 full-cast dramatisation of the classic swashbuckling tale. Having outwitted a band of pirates to obtain a map disclosing the whereabouts of Captain Flint's treasure, Young Jim sets sail for Treasure Island. But the crew of the Hispaniola are not what they seem. Revealing themselves as another gang of cut throats, led by the villainous Long John Silver, they are hell-bent on seizing both the ship and the treasure. Will they succeed? The struggle of Young Jim and his friends as they do battle on the high seas is thrillingly played out in this full-bodied production starring Jack Shepherd, Iain Cuthbertson, Buster Merryfield and James McPherson as young Jim Hawkins.

Robert Louis Stevenson was born in 1850. He withdrew from engineering at Edinburgh University in favor of studying law. Although he passed the bar and became an advocate in 1875, he knew that his true work was as a writer. Between 1876 and his death in 1894, Stevenson wrote prolifically. His published essays, short stories, fiction, travel books, plays, letters, and poetry number in dozens. The most famous of his works include "Travels With A Donkey in the Cevennes," "New Arabian Nights," "The Strange Case of Doctor Jekyll and Mr Hyde," "Thrawn Janet," and "Kidnapped."