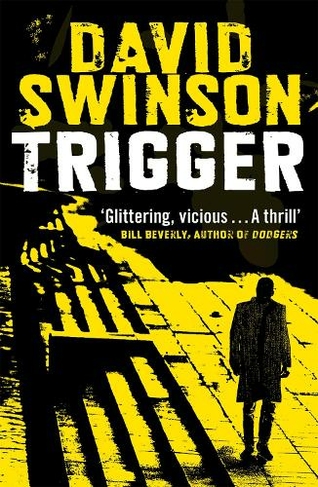 He's a good detective... with a bad habit. 'A down-and-dirty thriller with real heart from an author who knows what he's talking about. This is firmly in George Pelecanos territory and it doesn't get much better than that.' Mark Billingham on THE SECOND GIRL Frank Marr was a good cop, until his burgeoning addictions forced him into retirement from the Washington D.C. police. Now, he's barely eking out a living as a private investigator. Ostracized by his family after a botched case that led to the death of his cousin, Frank is now clean. He passes the time by robbing the houses of local dealers, taking their cash and flushing their drugs down the toilet. But when an old friend from the police needs his help, Frank is drawn back into the world of dirty cops and suspicious drug busts. Never one to play by the rules, Frank recruits a young man he nearly executed years before. Together, detective and criminal charge headfirst into the D.C. drug wars. Will either make it out? Praise for David Swinson: 'David Swinson pulls off a masterly piece of characterization...The writing throws sparks, and the ferocious plot peels back layer after layer of Frank's character as we - and he - find out how much of his humanity is still left.' Tana French 'A gripping, authentic tale (the author is an ex-cop) of a man's journey into the heart of darkness that will appeal to fans of The Wire' Shortlist 'Frank Marr, the winningly debauched private investigator [is the] hero of this gritty thriller...A complex, vulnerable but brilliant creation, with a unique personal morality' Crime Scene Magazine