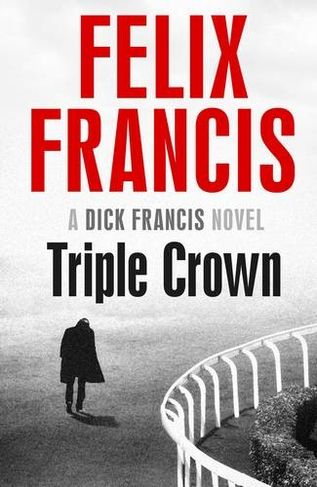 The richest prize in racing. The perfect motive to commit a crime ... Jeff Hinkley, a British Horseracing Authority investigator, has been seconded to the US Federal Anti-Corruption in Sports Agency (FACSA) where he has been asked to find a mole in their organisation, an informant who is passing on confidential information to fix races. Jeff goes in search of answers, taking on an undercover role as a groom on the backstretch at Belmont Park racetrack in New York. But he discovers far more than he was bargaining for, finding himself as the meat in the sandwich between FACSA and corrupt individuals who will stop at nothing, including murder, to capture the most elusive and lucrative prize in the world - the Triple Crown. EU Toy Safety Directive - No warning

Felix Francis studied Physics and Electronics at London University and then spent seventeen years teaching Advanced-Level Physics. The younger son of crime writer and Naional Hunt jockey Dick Francis, Felix assisted his father with both the research and writing of his novels in a father-and-son writing partnership. Since Dick's death, Felix has written ten successful novels, the latest being Front Runner.