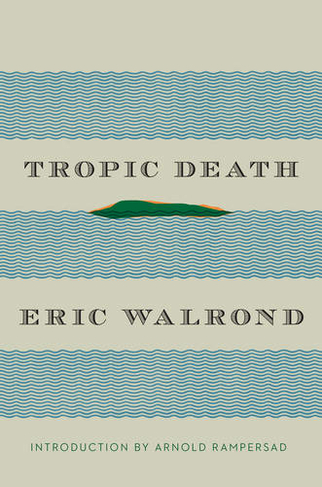 Eric Walrond (1898-1966), in his only book, injected a profound Caribbean sensibility into black literature. His work was closest to that of Jean Toomer and Zora Neale Hurston with its striking use of dialect and its insights into the daily lives of the people around him. Growing up in British Guiana, Barbados, and Panama, Walrond first published Tropic Death to great acclaim in 1926. This book of stories viscerally charts the days of men working stone quarries or building the Panama Canal, of women tending gardens and rearing needy children. Early on addressing issues of skin color and class, Walrond imbued his stories with a remarkable compassion for lives controlled by the whims of nature. Despite his early celebrity, he died in London in 1966 with minimal recognition given to his passing. Arnold Rampersad's elegant introduction reclaims this classic work and positions Walrond alongside the prominent writers of his age.

Eric Walrond (1898-1966) moved from the Caribbean to New York, where he became a notable writer and journalist of the Harlem Renaissance. He spent much of the rest of his life in London. Arnold Rampersad (Ph.D. Harvard) is the Sara Hart Kimball Professor in the Humanities, Emeritus, at Stanford University. He is co-editor (with Deborah E. McDowell) of Slavery and the Literary Imagination, and editor of the definitive Collected Poems of Langston Hughes. He is the author of the two-volume biography The Life of Langston Hughes, Jackie Robinson: A Biography, and co-author (with Arthur Ashe) of Days of Grace: A Memoir. He is also editor of "The Harlem Renaissance."