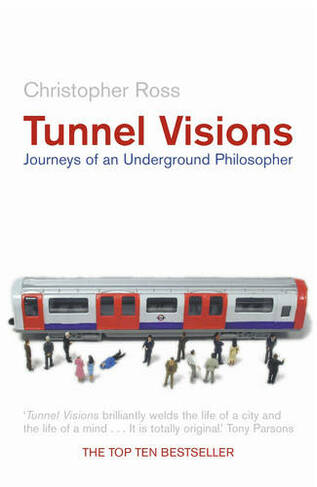 When Christopher Ross put on a hi-visibility vest and joined London Underground as a station assistant, he discovered a Plato's cave of reflection and human comedy, populated by streakers, buskers, onanists and angry commuters. A meditation on life, a philosophical enquiry into human nature and a profoundly funny dissection of urban madness. Christopher Ross, philosopher and traveller, decided to cease his journeyings and go underground, working for a year as a station assistant on Platform 6 (northbound Victoria Line) at Oxford Circus. After training school, where he is taught how not to electrocute himself and always to look a member of the public in the eye as they are assaulting you, he faces up to his new duties with a mixture of curiosity and foreboding. `Tunnel Visions' is a delightful mixture of lived experience in the sureal world of London's Underground and the more elevated ideas, thoughts and imaginings that experience provokes. Oxford Circus station, complete with its weeping wall, its streakers, buskers, onanists and cupboard containing one employee whose ideal working day was to sleep soundly 100 feet below ground, is a Plato's Cave of reflection and human comedy. Christopher Ross, a still point in the whirling stream of the bizarre and otherworldly life below ground, has written a profoundly funny book.