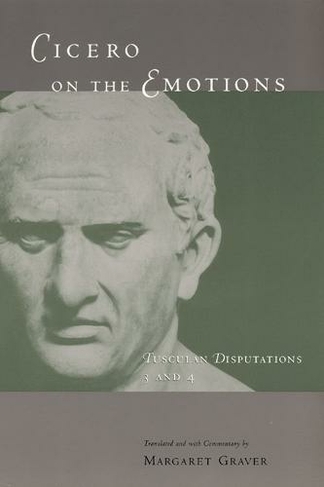 The third and fourth books of Cicero's "Tusculan Disputations" deal with the nature and management of human emotion: first grief, then the emotions in general. Cicero presents the insights of Greek philosophers on the subject, reporting the views of Epicurians and Peripatetics and giving a detailed account of the Stoic position, which he himself favours for it's close reasoning and moral earnestness. He describes the Stoic's analysis of grief, their classification of emotions by genus and species, their lists of oddly named character flaws, and by the philosophical debate that develops over the utility of anger in politics and war. 3 tables

Margaret Graver is an assistant professor of classics at Dartmouth College.