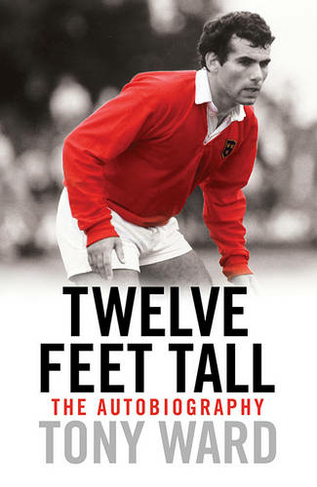 Tony Ward's story is a tragedy of a sporting career unfulfilled. Hailed by the Irish media as the new George Best of rugby following his pivotal performance in Munster's stunning 12-0 win over the mighty touring All-Blacks - which in itself is one of the all-time greatest Irish sporting successes - Ward became a giant of Irish sport. His surge to fame portrayed him as Ireland's next glamour boy; twelve feet tall and adored by the public. But this dazzling beginning culminating in winning his first international cap for Ireland, would then be subsequently blighted by internal feuds with the powers that be in the IRFU and lasted right up until his retirement. Now, for the first time, Ward reveals in depth (including official correspondence with the IRFU) the shocking events that took place. The nature of the game at the time allowed certain elements within the ruling body to have a negative impact upon his burgeoning career. A career which ended with just nineteen caps but which rugby people across the world admitted should have been far in excess of that. His beautiful articulacy and insights, which have made him one of the foremost journalists writing about rugby today, also come to the fore in this riveting memoir of his career. But it is his revelations which will leave you shaking your head and wondering just how this could have happened. In telling his story fully for the first time, Tony Ward dearly hopes that his experience will serve as a warning to all sporting authorities everywhere that the natural skill, talent and potential of developing young sports stars will never again be mismanaged or confidence submerged in such a callous and uncaring way. This is his story. 8pp 4-4 plates

Anthony Joseph Patrick Ward (Tony) was born in Dublin and played for Ireland in the 1970s and 80s. He also played club rugby for the two pillars of Irish club rugby - Munster, and, Leinster, as well as being chosen for the British and Irish Lions, and the iconic Barbarians. He is today a well-respected coach of St Gerards School in Bray, as well as a regular radio commentator for RTE, and writer for the Irish Independent.