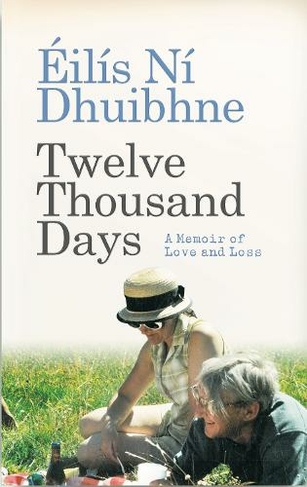 Twelve Thousand Days: A Memoir of Love and Loss

By Eilis Ni Dhuibhne (Author)
Paperback
£9.99
GBP
Availability
In Stock
Free Delivery Available When You Spend £15 Or More
Details
Spend £15 On Products To Receive Free Standard Delivery To Your Home Or Free Next Day Click and Collect To Stores

'I caught a glimpse of him, behind the veil. And he knew I'd caught it. There was that understanding between us. We were members of the club of the X-ray eyes, the club of people who can see into the human heart.' Eilis Ni Dhuibhne's candid and moving memoir tells the story of her thirty-year relationship with the love of her life, internationally renowned folklorist Bo Almvqvist, capturing brilliantly the compromises and adjustments and phases of their relationship. Twelve Thousand Days is a remarkable story about love, grief and time, shot through with wry and sharp observations on Irish life, culture and morality.

Eilis Ni Dhuibhne has published over twenty-five books, including six collections of short stories, several novels, books for children, and plays. She has won three Bisto awards, an IBBY award, a Readers' Association of Ireland award, several Oireachtas awards for novels in Irish, and the Butler Award for The Dancers Dancing, which was also shortlisted for the Orange Prize. In 2015 she was awarded the Irish PEN award for her outstanding contribution to Irish literature, and in 2016 she was given a Hennessy Hall of Fame award for lifetime achievement. She is a member of Aosdana, an ambassador for the Irish Writers' Centre, and President of the Folklore of Ireland Society (An Cumann le Bealoideas Eireann).