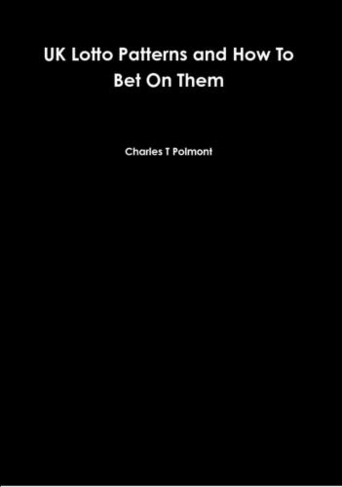 UK Lotto Patterns and How to Bet on Them

Charles T Polmont's groundbreaking work in which he describes the small randomly repeating patterns that his research has uncovered in the British six number lotto games. The patterns can occur individually in any lotto game or simultaneously in groups of two, three, four, five or six and the book contains betting strategies which could be used to take advantage of this phenomenon, using the lotto pick one, pick two, pick three, pick four, pick five number games or the pick six number games. The patterns and strategies are clearly described and you don't need a degree in math or rocket science to understand them. Whether you like to bet on house and birthday numbers or are an experienced systems lotto player, you will find something of interest here. black & white illustrations