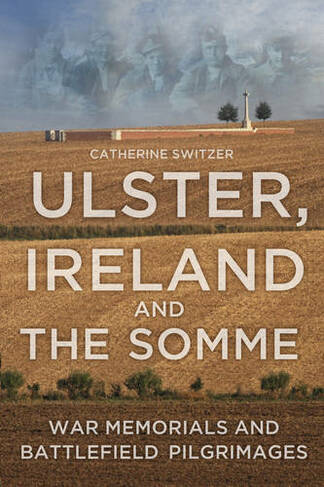 Ulster, Ireland and the Somme War Memorials and Battlefield Pilgrimages

By Catherine Switzer (Author)
Paperback
https://www.whsmith.co.uk/products/ulster-ireland-and-the-somme-war-memorials-and-battlefield-pilgrimages/catherine-switzer/paperback/9781845887728-01-000.html £17.00 rrp £20.00 Save £3.00 (15%)
GBP
Availability
Currently unavailable. We don't know when or if this item will be back in stock
Free Saver Delivery on orders over £20
Details
FREE SHIPPING over £20 for Saver Delivery
Share

Catherine Switzer hold a PhD in history from the University of Ulster, and an earlier work" Unionists and Great War Commemoration in the north of Ireland, 1914-1939" was published in 2007 by Irish Academic Press. "The Belfast Newsletter" described this book as "A little gem . . . a tremendously well-researched and argued book." She has also written a series of academic journal articles on conflict commemoration, and has a weekly column in the Newtownards Chronicle which has met with unprecedented levels of response from readers.