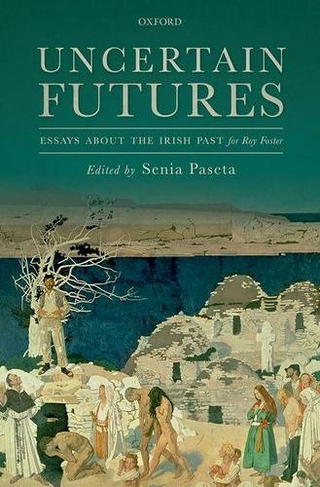 Uncertain Futures: Essays about the Irish Past for Roy Foster

This volume has been produced to mark the retirement of Roy Foster from the Carroll Professorship of Irish history at the University of Oxford, and to mark his extraordinary career as a historian, literary critic, and public intellectual. It consists of twenty three essays contributed by many of the leading historians of modern Ireland, including scholars whose work has influenced Roy Foster's own research, leading Irish historians who have influenced and have been influenced by Foster, and younger scholars who were supervised and/or mentored by Roy and whose work he greatly admires. Essays chart Foster's career while reflecting on developments in the field of Irish history writing, teaching, and research since the 1970s. Focussing on the history of Ireland since 1800, these essays cover a wide spectrum of topics and ideas including aspects of the Irish land question, generational and intellectual tensions, political biography, and social and cultural change.

Senia Paseta is a historian of modern Ireland with a particular interest in the history of education, religious identity formation, political movements, and ideas in the late nineteenth and early twentieth centuries. She has published widely on the development of a Catholic university elite in pre-independence Ireland and on a number of aspects of women's history, including the history of feminism and women's education in Ireland. Her more recent book, IrishNationalist Women, 1900-1918 (2013), explored how politically active women worked within broader nationalist and feminist contexts during a volatile period of Irish history.