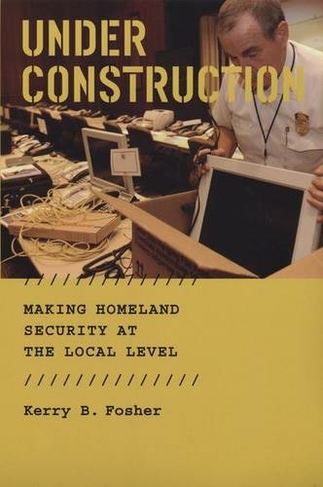 Under Construction Making Homeland Security at the Local Level

In the aftermath of the 9/11 terrorist attacks, security became the paramount concern of virtually everyone involved in governing the United States. While the public's most enduring memories of that time involve the actions of the Bush administration or Congress, the day-to-day reality of homeland security was worked out at the local level. Kerry B. Fosher, having begun an anthropological study of counterterrorism in Boston a few months prior to the attacks, thus found herself in a unique position to observe the formation of an immensely important area of government practice."Under Construction" goes behind the headlines and beyond official policy to describe the human activities, emotions, relationships, and decisions that shaped the way most Americans experienced homeland security. Fosher's two years of fieldwork focused on how responders and planners actually worked, illuminating the unofficial strategies that allowed them to resolve conflicts and get things done in the absence of a functioning bureaucracy. Given her unprecedented access, Fosher's account is an exceptional opportunity to see how seemingly monolithic institutions are constructed, maintained, and potentially transformed by a community of people. 6 halftones, 3 tables

Kerry B. Fosher is the Command Social Scientist with the Marine Corps Intelligence Activity and a research and practice associate at the Institute for National Security and Counterterrorism at Syracuse University.