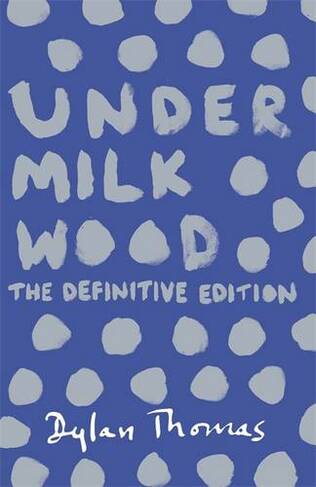 Under Milk Wood: The Definitive Edition

Commissioned by the BBC, and described by Dylan Thomas as 'a play for voices', UNDER MILK WOOD takes the form of an emotive and hilarious account of a spring day in the fictional Welsh seaside village of Llareggub. We learn of the inhabitants' dreams and desires, their loves and regrets. The play introduces us to characters such as Captain Cat who dreams of his drowned former seafellows and Nogood Boyo who dreams of nothing at all. It is a unique and touching depiction of a village that has 'fallen head over bells in love'. The First Voice narration reveals the ordinary world of daily happenings and events, while the Second Voice conveys the intimate, innermost thoughts of the fascinating folk of Llareggub. There have been myriad productions of UNDER MILK WOOD over the years and Richard Burton, Peter O'Toole, Elizabeth Taylor, Sir Anthony Hopkins and Tom Jones have all starred in radio, stage or film adaptations. Dylan Thomas's classic radio play reprinted to celebrate the centenary of his birth. A true masterpiece that has never been out of print.

Dylan Thomas was born in Swansea on 27 October 1914, the son of a senior English master. On leaving school he worked on the SOUTH WALES EVENING POST before embarking on his literary career in London. Not only a poet, he wrote short stories, film scripts, features and radio plays, the most famous being UNDER MILK WOOD. On 9 November 1953, shortly after his 39th birthday, he collapsed and died in New York City. He is buried in Laugharne, Carmarthenshire, which had become his main home since 1949. In 1982 a memorial stone to commemorate him was unveiled in 'Poets' Corner' in Westminster Abbey.www.discoverdylanthomas.com